Starting on Windows 2012, if you want to add the DSA.msc applet, you need to install it. While you can do it using hte GUI, it's much faster to use Powershell

One important information to have is finding out when SQL was installed, and by whom.

No parameters needed. If you need to run this against multiple servers, see this article.

The Invoke-Command is a very powerful way to run commands remotely.

When running commands remotely, you are essentially opening a new session on the target computer and outputting the results back to the local console.

In order to run commands remotely, we need to have a list of computers, in a string form. For our examples we'll save that list on a variable $ServerList To populate the variable we can do this:

If the servers are listed on a notepad (one server per line), and saved as "c:\Temp\inventory.txt", we do this:

If we have a file, let's say C:\PS\Get-SQLParam.ps1, and we need to run it remotely, even if the remote servers can't access your local C:\ drive (in other words, you don't need to save it on a share) we do the following:

If we have a function, Get-WhoInstalledSQL, already dot-sourced on our console, and we need to run it remotely:

If we have a series of commands to run remotely, you can get crafty with "one liners" or put them on a file… or you can open a new session, a persisted one, like this:

One important information to have is finding out when SQL was installed, and by whom.

No parameters needed. If you need to run this against multiple servers, see this article.

The Get-ChildItem cmdlet is a powerful tool to search and find files on a Directory, such as old files (over certain age)

To delete all files on a directory based on age (remember to remove the -whatif safety), and filter based on extension:

If you need to delete more than one extension (but not all of them), you would have to use this, less efficient command:

Notice that this time we filter based on extension, no wildcards needed

The above scripts will only delete files. After that operation is completed, you might need to delete empty folders

Reading the Event Viewer is always useful to find error messages and poke around looking for clues to what's happening on the server.

The problem is that the interface is slow, not easy to filter results, and it's cumbersome to only see results corresponding to a specific timeframe. Once we get familiar with the powershell cmdlets, it becomes an efficient way to read the Event Viewer logs.

To read the event log, use the cmdlet Get-EventLog. Next choose if you want log you want to read using -LogName Application or -LogName System or -Logname Security

You can mix and match pretty much all of the parameters and techniques below:

Now that you can display your logs, we'll work on filtering the results:

or you can also filter based on source:

Note: While this script will find the errorlog on all servers with a single SQL instance, it requires Powershell version 3 when multiple versions are present (looking into fixing it). We cannot use the #Require -Version parameter because it's only available on versions 4 and higher.

Finding the Location of the ErrorLog on a server can be done by reading the start up parameters of SQL.

The start up parameters  are stored in the Registry, however the location can change based on the version of SQL server, whether there is a default instance or named instance, or even if there are many SQL instances present on the server.  However, we know that parameters are stored inside: 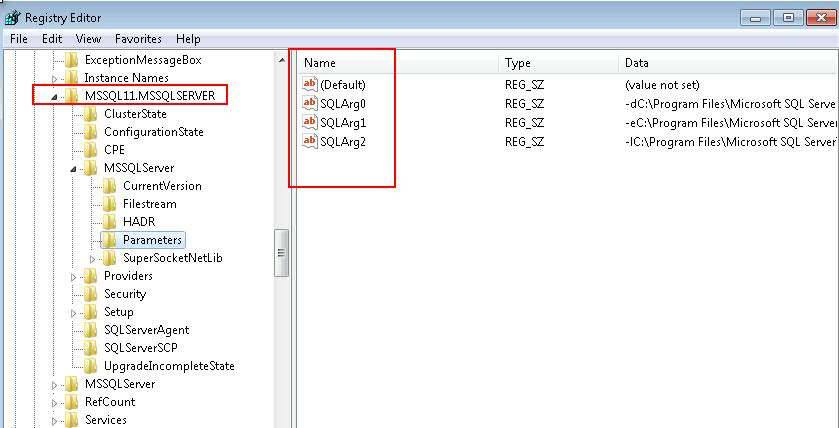 Once we find the exact Registry location, we need to consider that there maybe more than three entries there, depending on the number of start up parameters, which can be affected by the presence of trace flags, so we would want to return all the SQLArg entries.

The following commands return a PS Object with the Registry information:

If we want to filter down and only get the ErrorLog information, we would run the following instead: 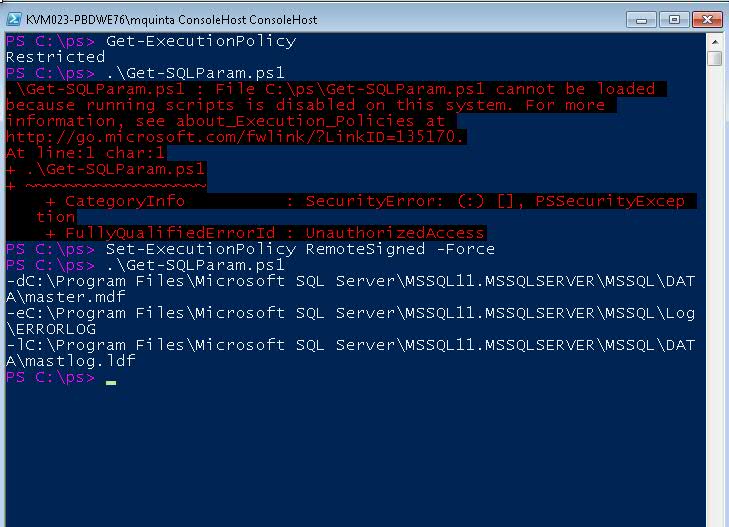 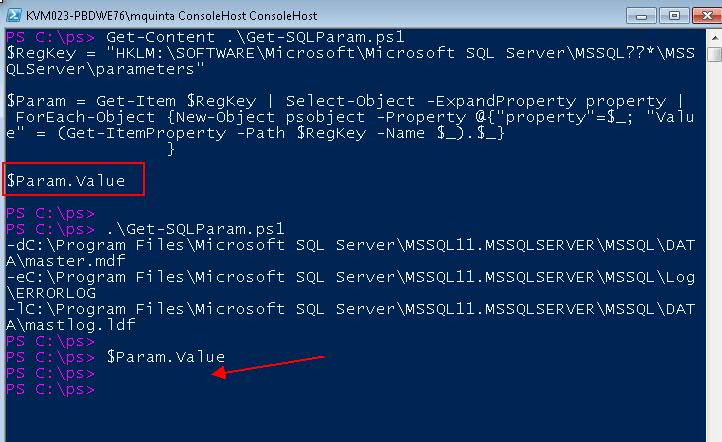 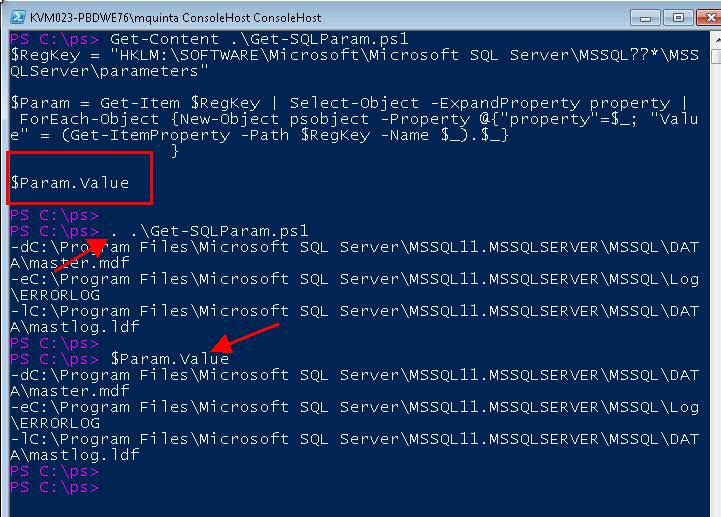 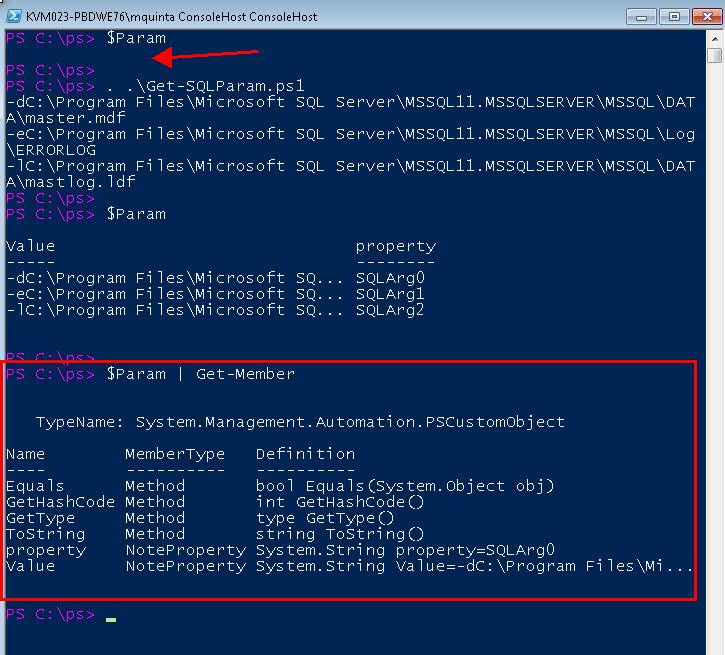 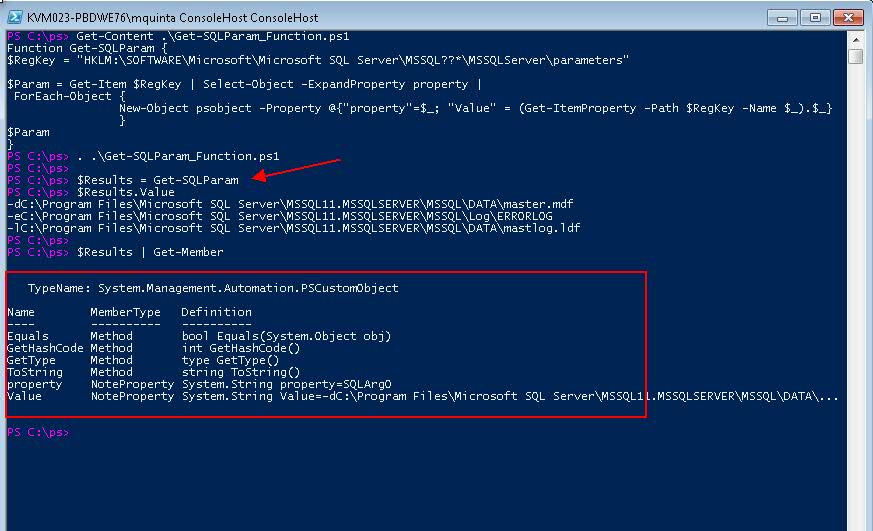